Harold Camping says he knows a thing or two about Jesus’ return.

Born in 1921, Camping claims to have scrutinized the Bible for around 70 years. I suppose it’s his background in engineering that led him to develop a mathematical system to ‘properly interpret’ Biblical prophecy. Camping has crunched the numbers and, according to his latest calculations, was surprised to learn that Jesus will come back on May 21, 2011. 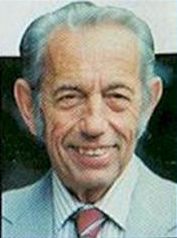 Unfortunately for Mr. Camping, this isn’t the first time he’ll be wrong about what’s popularly known as “the Rapture”. On September 6, 1994, dozens of his followers gathered to wait for the big event…only to go home disappointed and disillusioned. Camping suggested that he might have miscalculated when he had written a book about the then-upcoming date titled 1994?.

After running the numbers for another dozen years or so, he’s come to the conclusion that his alternate date from that time was probably correct: May 21, 2011. Want to know how he came up with that date? Camping’s idea is that each word and number in the Bible has a secondary meaning.

The number 5, Camping concluded, equals “atonement.” Ten is “completeness.” Seventeen means “heaven.” Camping patiently explained how he reached his conclusion for May 21, 2011.

“Five times 10 times 17 is telling you a story,” Camping said. “It’s the story from the time Christ made payment for your sins until you’re completely saved.

“I tell ya, I just about fell off my chair when I realized that,” Camping said.

Mr. Camping’s calculations have come under fire from Christians, who point to Jesus’ own words in Matthew 24 about His second coming: no one knows the day or the hour of His return, not even He Himself.

I’d like to personally challenge Mr. Camping to act with integrity on May 22, 2011. On that date, it will be refreshing to hear him publicly and undeniably say that he was wrong. I’ve extended the same challenge to other would-be prophets with little success, so I’m not going to hold my breath. I’m just saying that it would be cool to see a retraction.

In case you were wondering, Mr. Camping has not made a retraction.

NJ Says No to Gay Marriage

This site uses Akismet to reduce spam. Learn how your comment data is processed.